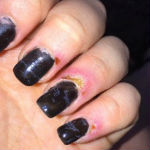 Rotorua teen Aimee Smith is not happy with her treatment at Professional Nail Care in the Rotorua Central Mall.

A teenager had to seek medical treatment after a trip to her local nail salon.

Aimee Smith, 16, had been a regular at Professional Nail Care in Rotorua Central Mall but says she won't be going back after her last trip left her with five infected fingers and visit to her GP for antibiotics.

The company says it did everything right and used sterilised equipment but the incident has led to an experienced nail technician calling for all nail bar staff to have a recognised qualification.

Five infected fingers was not what Aimee was expecting to end up with after visiting a local nail bar.

Smith said a staff member buffed her cuticles cutting and wounding the skin around her nails.

"It was so painful and they didn't even say sorry, they just put this blue liquid on the cuts which made them sting even more," Aimee said.

"My nails were throbbing for days, it's the most pain I've ever been in. I went to the doctor the following day and was given antibiotics for infection."

She was initially denied a refund so put photos of her hand on social media.

"The owner saw this and said he would give me a refund if I took the post down. So I did and went and got my money back."

Smith said she doesn't think the nail bar should be able to operate given the way she was treated.

But Professional Nail Care supervisor Jimmy Minh said it was normal practice for them to file cuticles back.

"The buffer was brand new so it was sharp. Aimee works in a kitchen so her skin and cuticles are soft from her hands always being in water. It's normal for thin soft skin to scratch, on normal skin there would be no problem," he said.

"Regarding the infections, we clean all of our tools with antiseptic and alcohol and put them under UV lights to kill germs. On this day none of the tools touched her skin."

Minh said he got his qualification in Australia and that allowed him to train his staff, who had a mixture of qualifications.

Surmanti chief executive Maxim Titter, who has been a qualified nail technician for 20 years, questioned the methods the nail bar was using and said adequate disinfection of tools was critical in such a business.

"If this was happening you would not get an infection in five fingers. You also don't file peoples fingers. A qualified nail technician would never do that to somebody," she said.

"What has happened here is a very bad experience for a young girl. Luckily she is young with a strong immune system. "If it was an old lady with a weak immune system you can only imagine what could have happened."

Titter said when looking to get your nails done look for a nail technician that needs you to make an appointment rather than walk in off the street.

"On your first visit there should be a client consultation done to cover things like allergies, disorders and lifestyle so it's made sure you are given the right service."

"Look for disinfection. Tools need to come out of a sterile environment not a 'community cup'. Listen to word of mouth, and if you see someone with beautiful nails don't be afraid to ask where they had them done."

Titter said they are trying to get nail technicians across New Zealand to get a recognised qualification so these types of incidents could be eliminated.

As appalling as it sounds, this is just the tip of the iceberg of the types of complaints that the Association has to deal with on a regular bases.

I have stood outside many nail bars and been horrified at the lack of hygiene demonstrated by the staff. I’m also equally horrified by the methods used during the manicures and pedicures procedures. Especially the cutting back of healthy cuticles and the use of metal cuticle push backs, which open up the cuticle to be invaded by bacteria. Feet are soaked in swirling water baths accompanied by all the fungi bacteria, dead skin cells and microbes from the many previous clients. Manicure equipment which isn’t disinfected and sterilised passing on staphylococcus, fungi, viruses and even possibly Hepatitis to the next client.

The owner clearly doesn’t know anything about hygiene when he said that implements are washed, disinfected and placed in a sterilising cabinet to kill bacteria.

This is a very inferior form of hygiene, especially given the large number of the public that frequent these nail bars. Sterilising cabinets do not kill bacteria. These cabinets are used at the end of the sterilising/disinfecting cycle to store implements in, in a hygienic state, but not part of the disinfecting cycle itself.

All implements used for manicures and pedicures should be sterilised not just disinfected. There is a huge difference. [The owner obviously doesn’t know the difference].

If the owner claims to have a qualification from Australia, he clearly isn’t following procedures because if he did this infection wouldn’t have occurred.

The public need to realise that these nail bars are not run or operated by qualified Beauty Therapists and are no way affiliated to our Society. They are the underbelly of our industry and run by people who are only in it for profit at the expense of you the public.

In the New Year I’m pleased to announce the N.Z. Association of Registered Beauty Therapists will be starting their new awareness campaign to educate the public about the importance of going to a registered therapist for their professional and hygienic beauty treatments.

In the meantime it is very important for clients to check that their therapist is registered and qualified to carry out the treatment they require.

All clinics are now required to display their N.Z. Association Registration Certificate and their local councils Health Protection licence, [if this certification applies in your region] which should be on show in a prominent place for their clients to view. Qualifications stating what the therapist is qualified in should also be easily viewed. If for any reason you feel unsure about the premises or the qualification status, you must ask your therapist to explain.

Never feel shy about asking how the clinic sterilises and disinfects their implements. Your therapist will be able to explain in great detail how this is done.

If for any reason you do not feel comfortable about your explanation or treatment, then I strongly urge you to contact the manager of the N.Z. Association of Registered Beauty Therapists so we can follow up on your concerns. 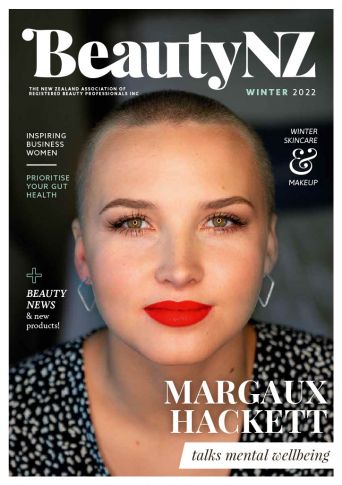 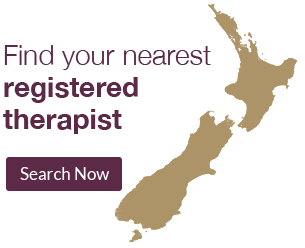 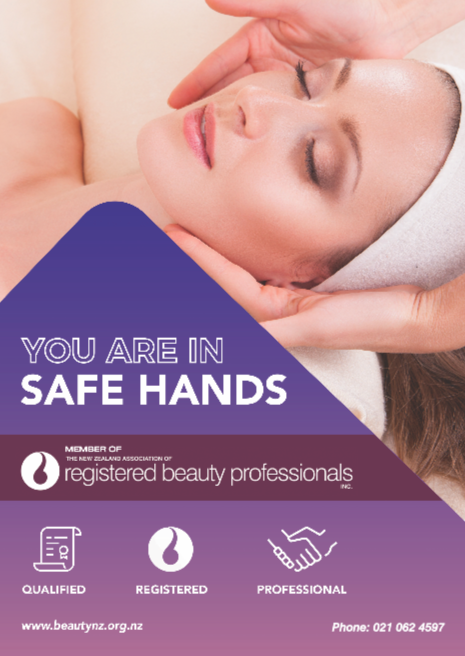